Consisting of musicians Chris Tapp (guitar and vocals) and Brian Mullins (drums), Evansville Indianaâs The Cold Stares play some unavoidably catchy blues-rock thatâs been turning heads at an increasing rate since the bandâs inception in 2012. Today, as the duo continue to celebrate the October 18th release of their latest studio recording, WAYS, via AntiFragile Music (find pre-save/order options here), weâre thrilled to exclusively share Chris Tappâs track-by-track rundown of each of the albumâs thirteen stupendous songs.

Out today! Check out the explosive new album from The Cold Stares âWaysâ. All digital links HERE – > WAYS

Ways Blue is available now on streaming outlets! This portion of the album was such a blast to make at @samphillipsrecording in Memphis and we hope youâll enjoy it.

The Cold Stares making of âWAYSâ.

After the âMountainâ album when we began to think about the next record there were a few things I knew I wanted to do. First, we had used some material that had been around for awhile for âMountainâ, and this time I wanted to write all the songs completely fresh. So in January I set out to write 12 songs from scratch that no one had heard us perform, and try to mostly not let them out of the bag until the album launched. Secondly, I thought it might be cool to construct the 12 songs for the record as 3 separate EPâs or collections of songs that basically were from the 3 areas of inspiration for the band. One, hard rock. Two, the blues. Three, country,western and folk ballads. Three different “WAYS” if you will.
So I wrote the songs in groups separately, each with their own mindsets as separate pieces that could stand on their own, but also in the end combine into a 12 song album.

When it came time to record, the original plan was to record the three EPâs in three different locations, each to have some meaning to itâs segment. The blues EP we thought we might cut in memphis, the hard rock EP maybe NYC or LA, and the acoustic EP I had planned on cutting out west in New Mexico while we were on tour for SXSW. One of the other things I had intended to do was to record the EPâs in studios that had some history and legacy that fit that style of music. In the end, and after a ton of research, most of the studios where our favorite albums were recorded were now either not open, or in disarray.

Sam Phillips studio in Memphis was on my radar for the blues EP, but when I started to really research the albums that had been made there we found that it was the one studio where really all three of our influences had really been recorded there. Some great blues albums, but also rock and roots stuff too.

So we booked a week at Sam to cut the entire record with the exception of some acoustic tracks that I planned to field record some of the parts. One thing we didnât take into consideration was that making a record using a vintage based studio with great analog gear also meant us dealing with 70 year old equipment which can be temperamental to say the least. What started out as a few days ended up being over a month of back and forth trips to memphis to complete the album. By the end of the process we were absolutely exhausted, with sometimes 50 hours worth of driving in a week, and not near that in sleep. But in the end, we were both very happy with the result and I feel we got we wanted. We cut all the tracks live in the same room our heroes like Jerry Lee Lewis, Howling Wolf and Bob Dylan had. I sang on Wolfâs old microphone, and we sat at Samâs desk upstairs and made revisions in the same chair Elvis sat in. We made an honest blue collar rock and roll record with a tip of the hat to our heroes, and hopefully left another memory in those walls.

Hey folks, we will be going LIVE tomorrow Sunday the 26th at 4pm Central from Sam Phillips Studio in Memphis on Facebook followed by 4:15pm Central here on Instagram to answer questions about the new record, recording process and anything else you guys are interested in! Please join us and share.

The Cold Stares 2018 – Snippet of things to come

Ok. So many things we have to share with you guys for 2018. We have to keep the lid on the details of a lot of these things until they are finalized- but I have to say we are super stoked about the upcoming year.
Can’t go without giving our fans a little sneak peak at least-
Details will come out about all these things by December 1st.

1- There will be a limited edition new Cold Stares CD released in January that will be FREE- and only available in Evansville at all Azzip locations. We are super stoked to be teaming up with Azzip Pizza and trust me you are going to be seeing, hearing and reading about this one a lot… coinciding with the promotion will be gigs in Jan/Feb/March at various Evansville locations that you may not have seen us before. We had 68,000 streams in the last week from cities around the world- Evansville was not in the top 20, we are about to change that. And yes WE LIVE HERE. First show is at Backstage Jan 5th, and you don’t want to miss it. Other dates announcing soon-

2- We are doing a residency EVERY month of 2018 at our favorite venue Lafayette’s in Memphis. We are also doing a FREE Cold Stares CD that will be available in Memphis for our fans available at the club only. Memphis you’ve shown us some love, and we are returning it. This is DEFINITELY worth a road trip. We’ve played at the best venues in the country, and this is one of the best. If you have friends or family in Memphis, please help us spread the word….

3- There will be a live full length Cold Stares album released in 2018.

4- There will be a new full length follow up to “Head Bent” album released late summer/fall 2018 of 12 new Cold Stares songs.

5- There will be a national tour and European dates, as well as some other possible international shows.

6- You will be hearing more Cold Stares music on your favorite television shows.

7- There will be a host of Cold Stares giveaways including an huge Turntable/stereo giveaway partnering with our label Small Stone Records and a soon to be disclosed company.

And more….
Stay tuned and please help us continue to spread the word about our album Head Bent with your friends. Please save our music into your playlists and libraries on Spotify and iTunes music as well. And please continue to email Bluesville and Octane and request our music! We thank you for your support and hope we can give it all back to you guys in 2018. Here we come……. TCS 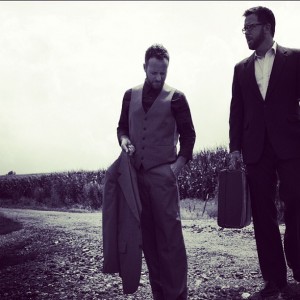