Folks, I canât begin to say what this means to us or how humbling it is.
Lots of stuff going on behind the scenes that I wanted to share but didnât want to spoil, Joe trying to help us is one. Donât even have the words to express my gratitude at the moment.
PLEASE if youâre a fan/friend of the band drop by Joe Bonamassa on Instagram and show him some love on this post, would mean the world to us. Thank you!

The Cold Stares making of âWAYSâ.

After the âMountainâ album when we began to think about the next record there were a few things I knew I wanted to do. First, we had used some material that had been around for awhile for âMountainâ, and this time I wanted to write all the songs completely fresh. So in January I set out to write 12 songs from scratch that no one had heard us perform, and try to mostly not let them out of the bag until the album launched. Secondly, I thought it might be cool to construct the 12 songs for the record as 3 separate EPâs or collections of songs that basically were from the 3 areas of inspiration for the band. One, hard rock. Two, the blues. Three, country,western and folk ballads. Three different “WAYS” if you will.
So I wrote the songs in groups separately, each with their own mindsets as separate pieces that could stand on their own, but also in the end combine into a 12 song album.

When it came time to record, the original plan was to record the three EPâs in three different locations, each to have some meaning to itâs segment. The blues EP we thought we might cut in memphis, the hard rock EP maybe NYC or LA, and the acoustic EP I had planned on cutting out west in New Mexico while we were on tour for SXSW. One of the other things I had intended to do was to record the EPâs in studios that had some history and legacy that fit that style of music. In the end, and after a ton of research, most of the studios where our favorite albums were recorded were now either not open, or in disarray.

Sam Phillips studio in Memphis was on my radar for the blues EP, but when I started to really research the albums that had been made there we found that it was the one studio where really all three of our influences had really been recorded there. Some great blues albums, but also rock and roots stuff too.

So we booked a week at Sam to cut the entire record with the exception of some acoustic tracks that I planned to field record some of the parts. One thing we didnât take into consideration was that making a record using a vintage based studio with great analog gear also meant us dealing with 70 year old equipment which can be temperamental to say the least. What started out as a few days ended up being over a month of back and forth trips to memphis to complete the album. By the end of the process we were absolutely exhausted, with sometimes 50 hours worth of driving in a week, and not near that in sleep. But in the end, we were both very happy with the result and I feel we got we wanted. We cut all the tracks live in the same room our heroes like Jerry Lee Lewis, Howling Wolf and Bob Dylan had. I sang on Wolfâs old microphone, and we sat at Samâs desk upstairs and made revisions in the same chair Elvis sat in. We made an honest blue collar rock and roll record with a tip of the hat to our heroes, and hopefully left another memory in those walls. 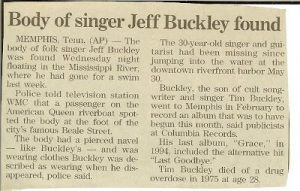 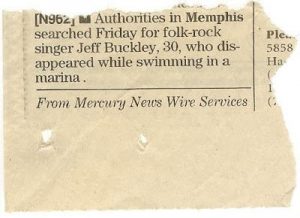