About the Cold Stares 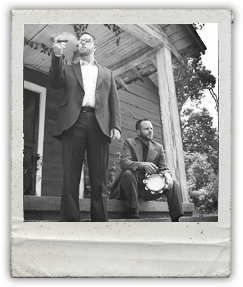 For the past ten years, The Cold Stares have toured the world relentlessly as a duo, blowing
away audiences across the US and Europe with a fierce, blistering live show that belied their
bare bones, guitar-and-drums setup. Now, the band is embracing a whole new kind of chemistry
as they launch their next chapter, adding a third member and channeling the classic power trio
sound they grew up on with their explosive new album, “Voices”.

âThe chains were off when we made this record,â says guitarist/singer Chris Tapp. âSuddenly, all
the parameters that had dictated what we could and couldnât do just disappeared and we were
free to create whatever sound we wanted.â

That sense of total artistic liberation lies at the heart of “Voices”, which pushes The Cold Staresâ
signature mix of blues, southern, and hard rock to bold new heights. Recorded almost entirely
over the course of just two days with producer/engineer/mixer Mark Needham (Taj Mahal, The
Killers, Imagine Dragons, Walk the Moon, Fleetwood Mac), the album stands as the bandâs
most mature, eclectic collection yet, balancing gritty muscle and tender emotion in equal
measure. It would have been easy for Tapp and drummer Brian Mullins to simply crank the
volume here, but instead they make the most of bassist Bryce Kluehâs arrival by getting more
nuanced and adventurous in their approach, chasing a raw, unvarnished sound that manages to
feel both vintage and modern all at once. Add it all up and youâve got a gutsy, cinematic record
thatâs as honest as it is exhilarating, a high-octane dose of unadulterated rock and roll that tips
its cap to everything from Cream to Led Zeppelin as it reckons with love and loss, sin and
redemption, hope and regret.

The Cold Stares have released a series of acclaimed albums that landed them on the road with the likes of Joe Bonamassa, Larkin Poe, Rival Sons, Reignwolf, Spoon, Grand Funk Railroad, and Thievery Corp, among others. American Songwriter praised the groupâs âhard-won commitment, honesty, and intensity,â while No Depression hailed their sound as a âroots rocking firestorm,âand tunes from their albums turned up everywhere from ESPN, Dodge, Chevy and TNT to the hit video game Cyberpunk 2077.

Listen to The Cold Stares: