Please check out our Kickstarter for âMountainâ, share and tag your friends. And thank you very much for playing a role in Cold Stares history- TCS

A tale of two records, publishing rights, and the struggles of a roots rock band in 2018.

As we began to discuss our next record which would have been titled “Ways” we decided together to pass on the record label offers we had and try to self fund the album in an attempt keep our music publishing this time. For those of you that don’t know when you see our music on a Monster Energy commercial, ESPN or a show on TNT, the money made from those performances actually go back to the record company instead of the artist.

Every record deal offer out there for us at the moment had the record label holding our publishing. Our last record deal the record label held our publishing. At this point in our career we were no longer willing to give that up, and artists shouldn’t have to. It’s hard enough to be a rock band out there right now, and for us to sustain our career we have to hold our licensing. So we decided to try to fund our record with our fans.

Here’s the dilemma. To properly record, produce, and promote “WAYS” we needed to raise around 20k. We have been really struggling on asking our fans to contribute that kind of money. We are a working class band, and we know a lot of our fans are blue collar working folks and to be honest it just felt a bit heavy to us. We built a kickstarter and then mulled for weeks over a discussion on what to do. We lost a lot of sleep, but through a lot of prayer and meditation we came to an answer.

What we decided. We decided we wanted to try to pay for the “WAYS” album ourselves. But how could we do that? Release “MOUNTAIN”.

Backstory- In the beginning of 2016 I was a bit over 2 years out cancer free. At that point I wasn’t for sure what life held ahead, but I knew my goal was to just live and make it to the goal we set with my doctors, five years. I also knew a lot of my friends that had gone through treatment with me had lost their battles. Not knowing exactly what we might have to deal with in the near future, we wanted to write and record everything I could so that if something happened to me I would leave a musical legacy behind for The Cold Stares. So we went in the studio with Greg Pearce and recorded “Dark Dark Blue”, and then “The Southern”. Both of these EP’s were released in 2016 with ZERO PR budget, zero buzz behind them. We also released some singles “Stickemup”, “Sleeping with Lions” and our version of the Allman’s classic “Whipping Post”. What we thought at the time, was that later when we got more well known our new fans would find these older EP’s. What we didn’t understand and what we have learned over the years is that without some PR budget behind ANY release- no one will hear or find it. No one is exactly pushing rock music onto the front page of Spotify or iTunes these days to be seen if you haven’t noticed. Those EP’s were very difficult to find online and most of these songs have never been heard outside of our close immediate fan base. So what we decided to do was take that group of songs, along with a few others our fans had never heard, remix and master them together and release as one album “Mountain”.

This group of 15 songs, all written around the same time, share a common theme and feel and we have always felt that they are just too important not to be presented correctly. Releasing “Mountain” will do a couple things, it will give these songs an opportunity to be heard, give our old fans a few new songs and remasters, and it will also give us an avenue to raise money for our February release “Ways”. We felt much better about raising the money with our fans in this fashion and we think it’s the proper way to move forward.

With your help we can meet or exceed our goal of 5k that will allow us to release “Mountain” and have a reasonable PR budget to get “Mountain” heard. Sales from “Mountain” and any additional money that might be possibly raised from this campaign will go to the funding of “Ways”. Any money we might be short of for “Ways” we will be funding ourselves. We honestly feel that “Mountain” will be our best album release to date, and when we look at the song listing I can’t say any other release comes close to summing up who we are musically. “Mountain” symbolically means so many different things to us, but more than anything what we’ve overcome, on our terms to be here with you. Thank you for your support in getting us here, and beyond. God Bless- 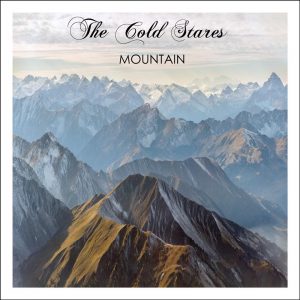